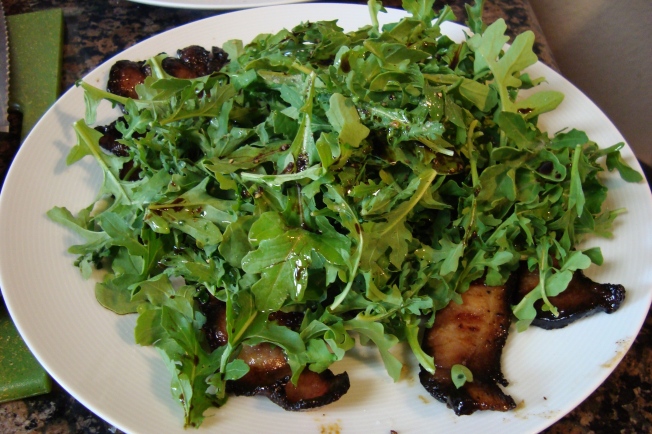 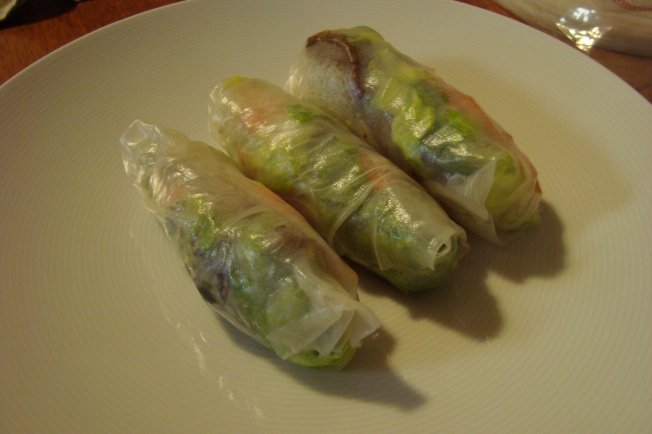 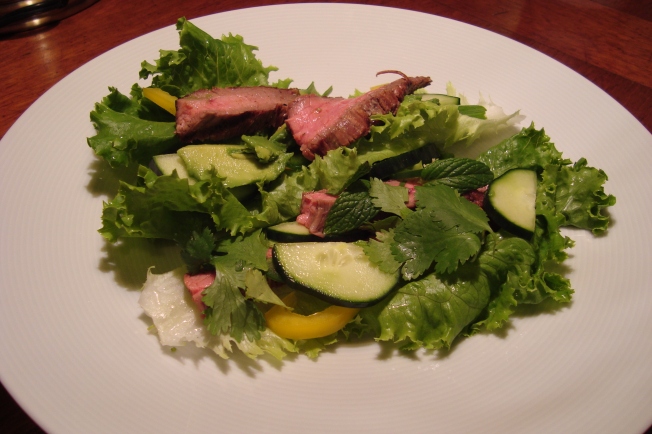 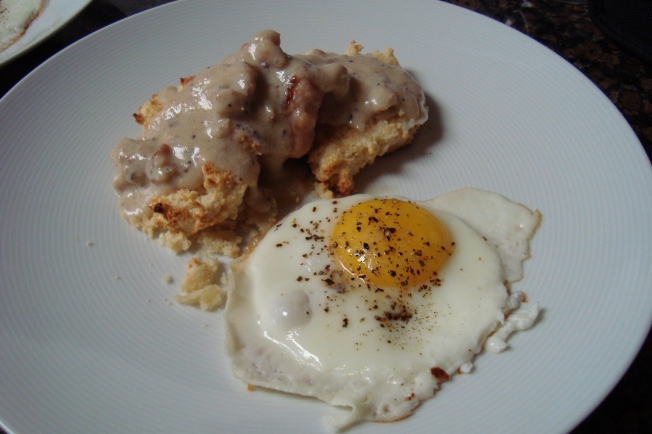 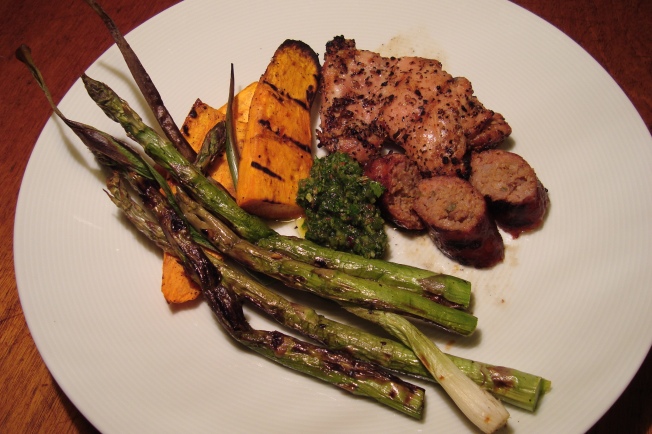 In honor of the first night of football, I had to make a large piece of meat! I made The Pioneer Woman’s Hot & Spicy Italian Drip Beef. Her other sandwiches (portobello mushroom and steak) have not let me down. 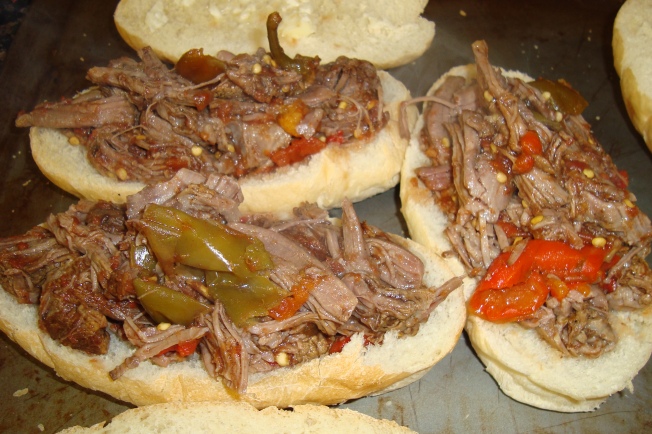 I used the slow-cooker to braise my roast, because although it has cooled down a bit, it is not nearly cool enough to be football season!  I browned the meat in a pan first, but if I were to make this again, I would try skipping this step.

I served these with quick pickled cucumbers, which acted as both a vegetable and a topping.  Cole slaw or macaroni salad would be great too!

Rinse the chuck roast and pat dry. Season generously with salt and pepper. Heat the vegetable oil in a large skillet over medium-high heat, then sear the roast on both sides. 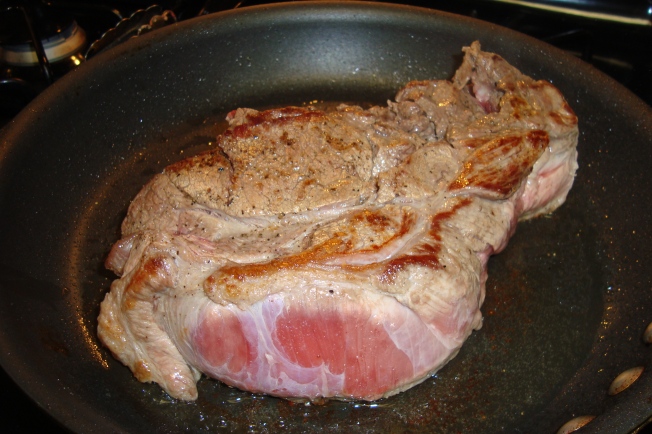 Place the garlic, tomatoes, stock, peppers, pimientos, and seared beef into a slow-cooker.  Cook on the high setting for 4-5 hours (or low for 8-10 hours). 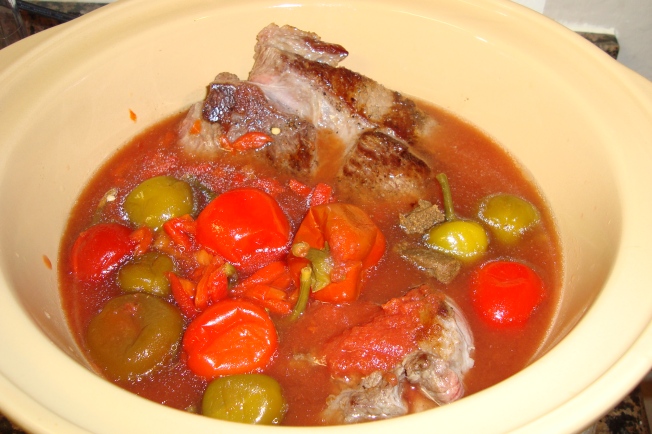 When the meat is tender, remove it from the sauce. 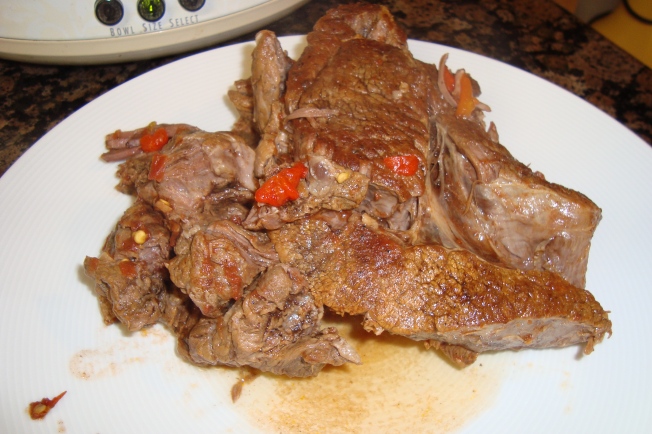 Pull the meat apart with forks or tongs, then place it back into the liquid. 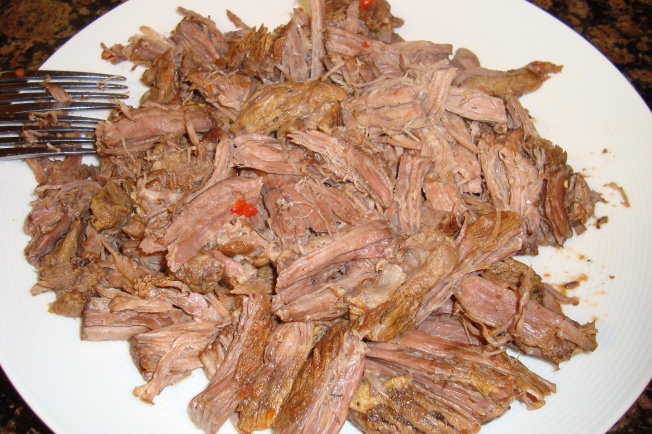 Toast the rolls and butter lightly.  Top with meat and provolone cheese. Melt the cheese under the broiler. 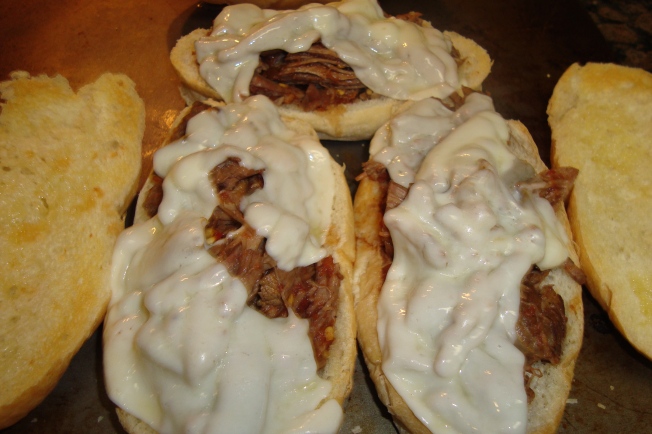 Optional: You can top these with pepperoncinis (I used fresh ones so that they would be tart) and serve them with some of the liquid on the side for dipping.

Beef with broccoli is not something that I would typically order at a Chinese restaurant. The sauce can be heavy, and I prefer my broccoli on the crisp side. However, I love homemade beef with broccoli! 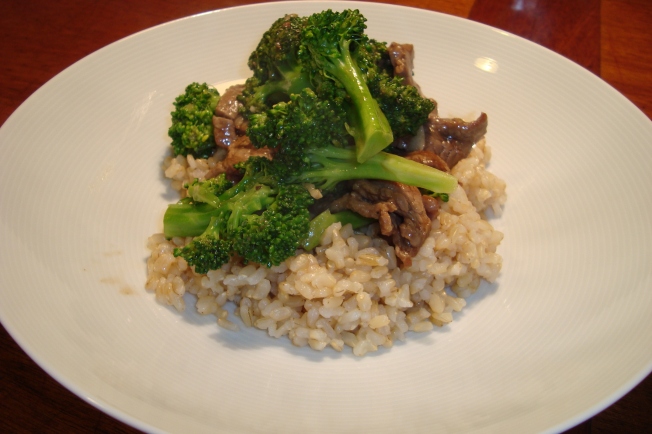 I always use the recipe from The Steamy Kitchen Cookbook, which advises you to steam the broccoli separately then toss it with the sauce. It’s a great way to make sure that your broccoli remains bright green and perfectly cooked!

I used flank steak this time, but I have used presliced meat from the Japanese market (for stir fry), and it makes this an even quicker dish. I served mine over brown rice, but you can use white rice or chow mein.  (Brown rice also takes 50 minutes to cook, so it’s not ideal for a quick dinner.)

Beef with Broccoli
(Adapted from The Steamy Kitchen Cookbook)

Combine the marinade ingredients, then marinate the beef for 15 minutes.

To steam the broccoli, place it in a microwavable bowl with an inch of water and season with salt. Cover with a plate. Microwave it on high for 2-3 minutes, until the broccoli is tender but still a little bit crunchy. Drain the broccoli and rinse it with cold water.

Heat the oil in a large saute pan or wok over medium high heat. Add the garlic and beef in a single layer, and brown the beef on both sides. Add the stir-fry sauce, and cook until the sauce is a little bit thick. Finally, add the cooked broccoli to the pan and toss in the sauce.

Ropa vieja is one of my favorite things to order at Cuban restaurants. It’s stewed, shredded beef in a tomato-y sauce served over rice. When I saw this version in Saveur, I had to try it. 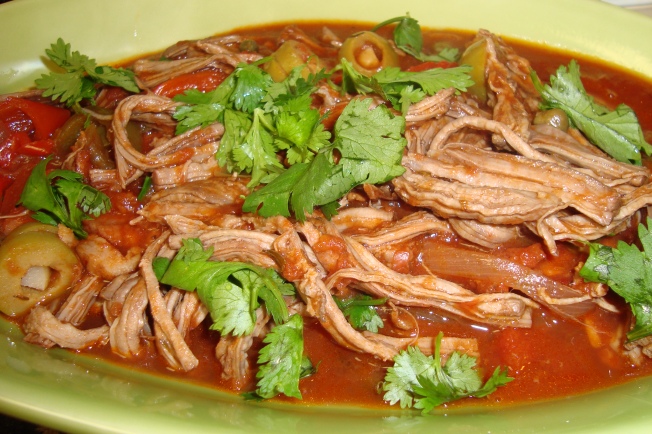 It has been really warm in L.A. lately, so I started mine in a large skillet, then transferred it to the slow-cooker to simmer. If you want to simmer it on the stove, simmer it for 2-3 hours instead of 4, and start the process in a large dutch oven. I served this with white rice and black beans.

In a large skillet over medium heat, render the bacon fat until the bacon is crisp. Remove the bacon from the pan (transfer to slow-cooker, if using).

Season the flank steak with salt and pepper. Over medium-high heat, brown the steak in bacon fat on both sides, then remove it and place it in the slow-cooker. 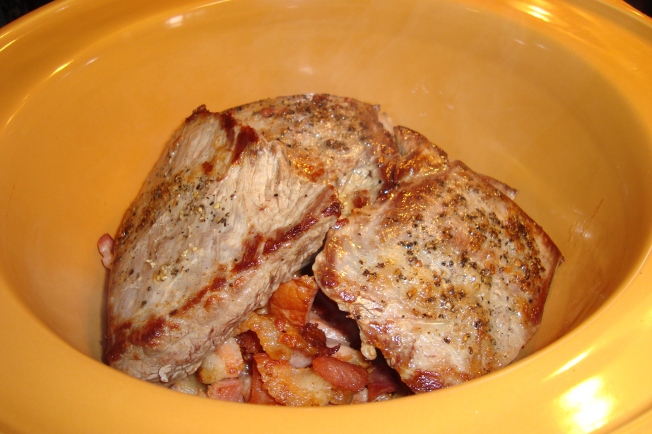 Saute the onions and peppers in the remaining fat, until soft. Season with salt and pepper. Add the tomato paste, cumin, thyme, oregano, garlic, and bay leaf, cook for another 3 minutes. Add the wine to deglaze the pan.

Place the onion mixture in the slow-cooker with the beef and bacon. Add the crushed tomatoes and beef stock to the slow-cooker. Cook on High setting for 4 hours. 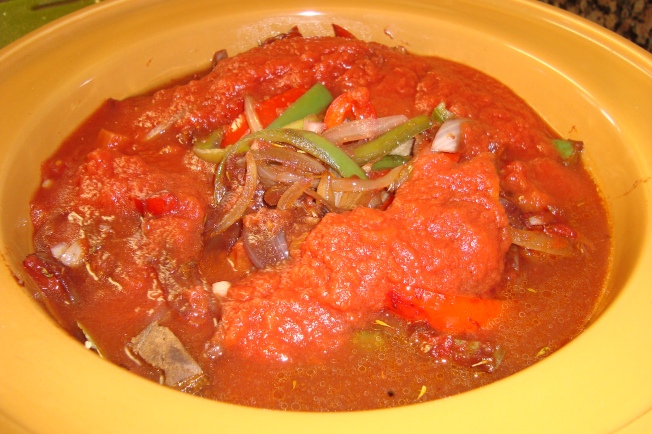 Remove the steak and shred the meat. 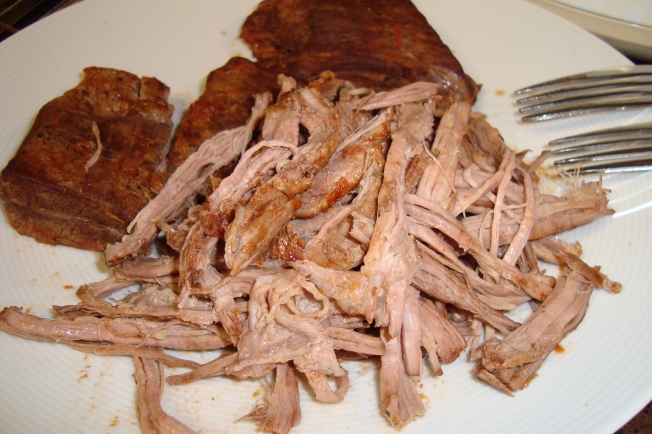 Return the shredded meat to the slow-cooker with the olives, pimientos, and capers. Cook for 30 more minutes. Garnish with cilantro and serve. 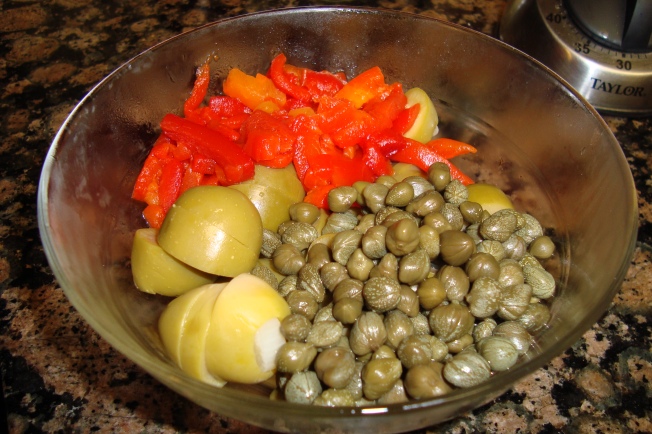 When I lived in Guatemala, I cooked with a lot of vegetables. My favorite was “guicoy,” which is a little round zucchini.  Whenever I see them at the farmer’s market here, I have to buy them. You can saute them just like regular zucchini, or you can stuff them! Their shape makes them the perfect vessel for cheese, rice, nuts, meat, or anything else that sounds good to you. With a little bit of meat for protein, they become an entrée. 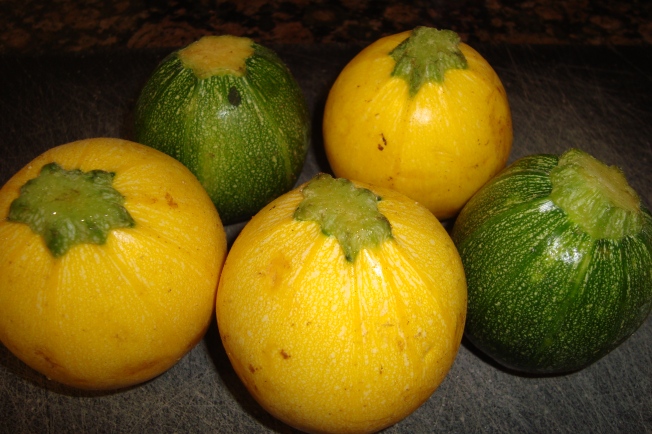 I added mint to mine because it looked great at the farmer’s market, and coriander because it goes well with mint. You could use parsley and cheese, or any other herbs that you prefer. 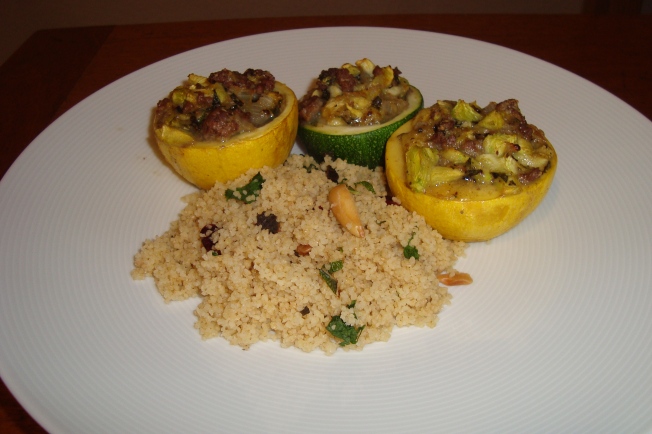 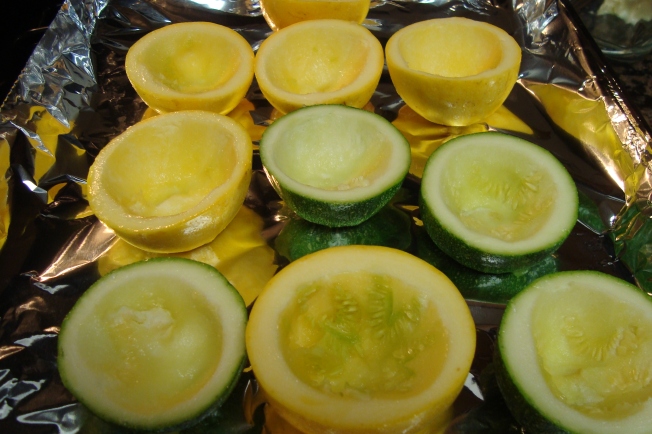 In a small skillet, heat the olive oil over medium heat. Add the onions, garlic, and ground beef to the skillet. Season with salt, pepper, and coriander. When the meat has browned, add the reserved squash insides and mint to the skillet. Saute for another minute. 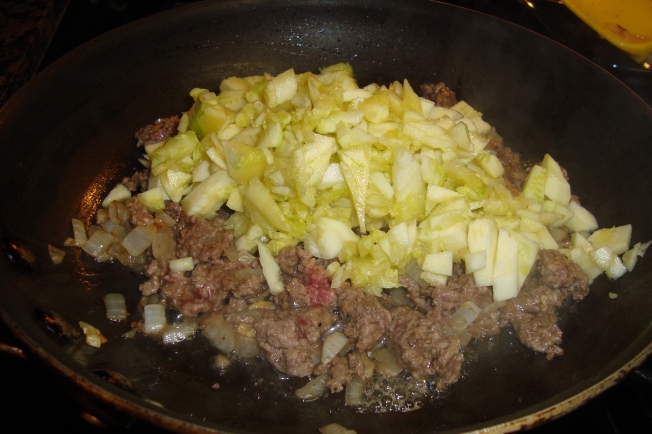 Remove the meat mixture from the skillet and cool for five minutes. Combine with egg and breadcrumbs. Stuff the squash halves with the filling.

Place the stuffed squash in a casserole dish. Bake for 20-30 minutes depending on the size of your squash. They are finished when the squash is tender.