The last seven months have been incredible. Jackson is learning so much, and he seems to reach a new milestone every few weeks.

We took our first family vacation (to Maui). We rented a condo by the beach in Kihei an enjoyed lots of poke and sunshine. Jackson did not go into the ocean, but he did take a dip in the pool.

I returned to work. Jackson gets to hang out with his nanny Elizabeth during the day. He loves her and she is teaching him so many things.

Paco and I ventured out on our first date night since Jackson was born. For my birthday, Jackson stayed home with Grandpa while we went to omakase (yum). My birthday present from Paco and Jackson was a professional family photo shoot. It was so much fun, and it is great to have pictures with all three of us in them.

Jackson went on his first road trip, to to Santa Cruz and San Francisco. Also at 6 months, Jackson could sit up on his own (using hands to balance), he could get up on all fours and scoot around (not quite crawling), and he said, “mamamama”! We also introduced him to solids at 6 months. . .he loves mango, oatmeal, green beans, carrots, pears . . . he is natural eater.

His first tooth appeared on his 7-month birthday, which also happened to be Mother’s Day. It was a Mother’s Day miracle!  He can sit up on his own and is getting pretty good at scooting around.

Next month we are taking him to Palm Springs for the weekend. I’m excited for Jackson’s second pool adventure!

I was in Singapore last month for work, and I had to post a few pictures of the food.

Beef noodle soup from a mall food court (which are amazing there):

Prawn fishing with my aunt, cousin, and her husband (we caught 3, not sure we would survive in the wild): 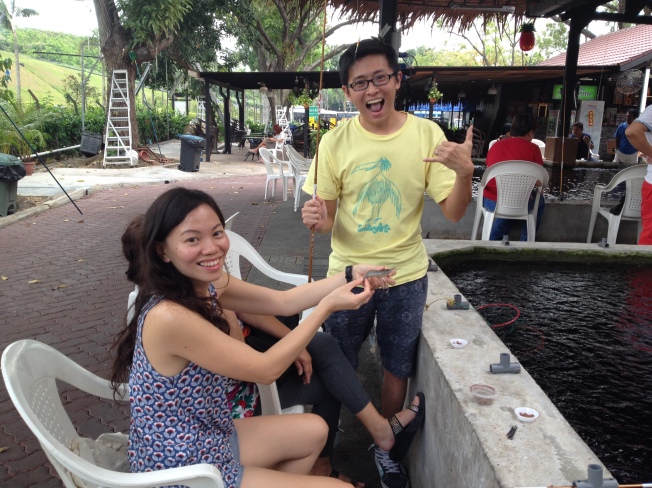 Skewered and grilled prawns from a Szechuan restaurant:

Soft-boiled eggs with toast (they slice frozen butter for the toast, then top it with sugar). I have been eating a LOT of soft-boiled eggs since I got back:

I am writing this from Puerto Iguazu, Argentina. I was in Buenos Aires for a week for a conference, and tagged on a weekend trip to the Brazilian/Paraguayan/Argentine border so to visit Las Cataratas de Iguazu (Iguazu Falls).

This was my fourth trip to Buenos Aires, but I hadn’t been here since 2006, when Paco and I spent 3 months there.

In many ways, there has been very little change:

Iguazu Falls are incredible.  I haven’t traveled alone in years, so I was unsure as to whether this side trip would be worth it. It absolutely was. Here are a few pictures of the falls.

From the Paseo Inferior (lower trail):

La Garganta de Diablo (Devil’s Throat) – There is a kilometer-long bridge that walks across the river so that you can see the top of the biggest waterfall close up:

A rainbow at La Garganta de Diablo – There are rainbows everywhere! I even saw a double rainbow:

I am spending one last night in Buenos Aires tonight before heading back to L.A., just in time to start preparing for Thanksgiving!

Paco and I went to Taco Tuesday two weeks ago, which inspired an at-home taco night. We tried out a new Mexican market, and bought some marinated carne asada and tiny tortillas for street taco style tacos.

AND–as a huge bonus, they sell kastakan there! Kastakan is a cross between chicharrones and carnitas — fried pork skin with some meat attached. I read about it before we went on our honeymoon to Playa del Carmen, and I forced Paco to walk across town in 100+ degree weather to get these tacos. 100% worth it. Here’s me in Playa del Carmen with the aforementioned tacos.  Note the large chicharrones served on the side in lieu of chips. 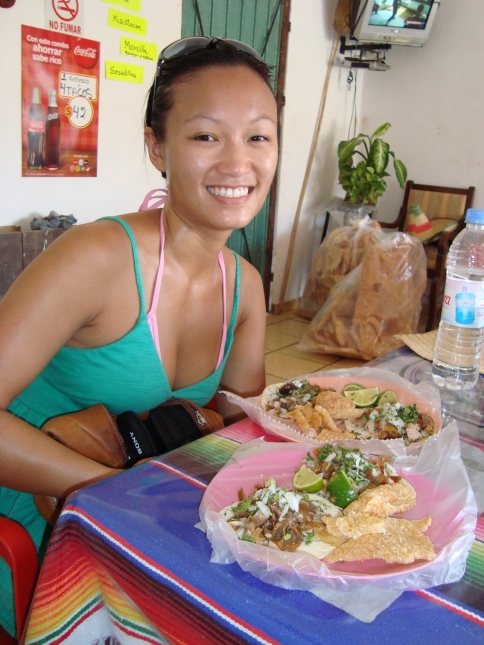 The kastakan that we bought here was not as delicious as the one in Playa, but it was a nice change from carne asada. This is how it looks at the store. Just heat it up and cut it into chunks.

I love the tiny tortillas!

Paco and I were pleasantly surprised by all the pet dogs we saw in Vietnam, with relatively few strays.  Chihuahuas are surprisingly popular in Hanoi!

“I’m just a puppy, but I know how to sit already!” 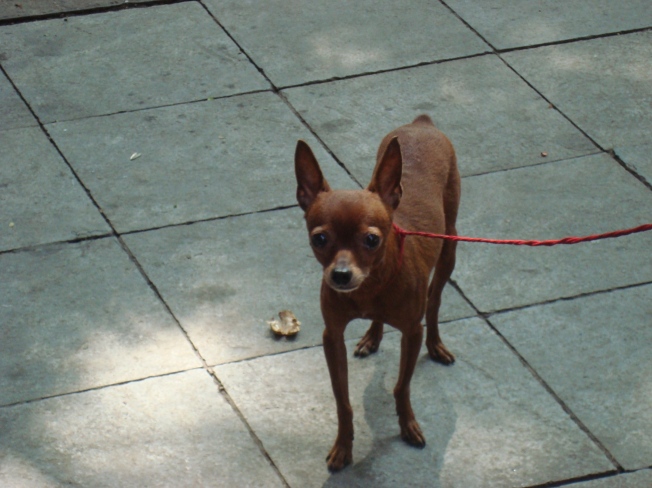 “Just chillin’ in my basket.” 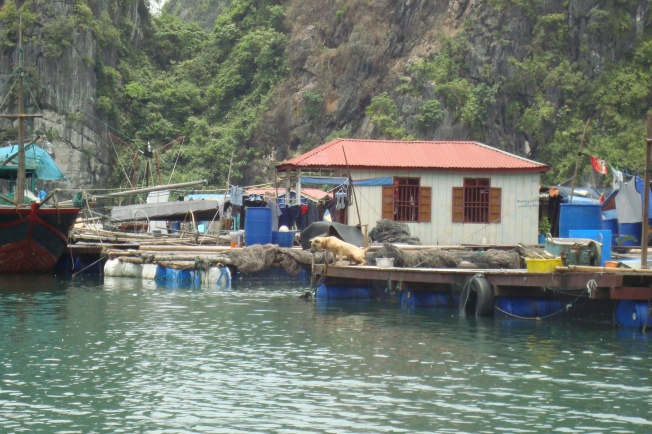 “All that rice made me sleepy.”